This plugin enables more customization over the core mechanics of one’s game while also providing additional functions for future plugins.

This plugin enables more customization over the core mechanics of one’s game
while also providing additional functions for future plugins.

This plugin has complete access to manipulation over various properties
of your game window. Normally, such an ability would be impossible; however,
this game rebuilds the game from scratch upon initialization, allowing for
control over such things as maximum and minimum resizing along with the
ability to disable resizing capabilities altogether.

The following plugin commands may be used to manipulate the game window:

FocusWindow
Focuses on the game window.

TaskBarShow
Makes the game accessable from the task bar.

TaskBarHide
Removes the game from the task bar.

SetProgressBar ratio
Sets the window’s progress bar to the value defined by “ratio”. 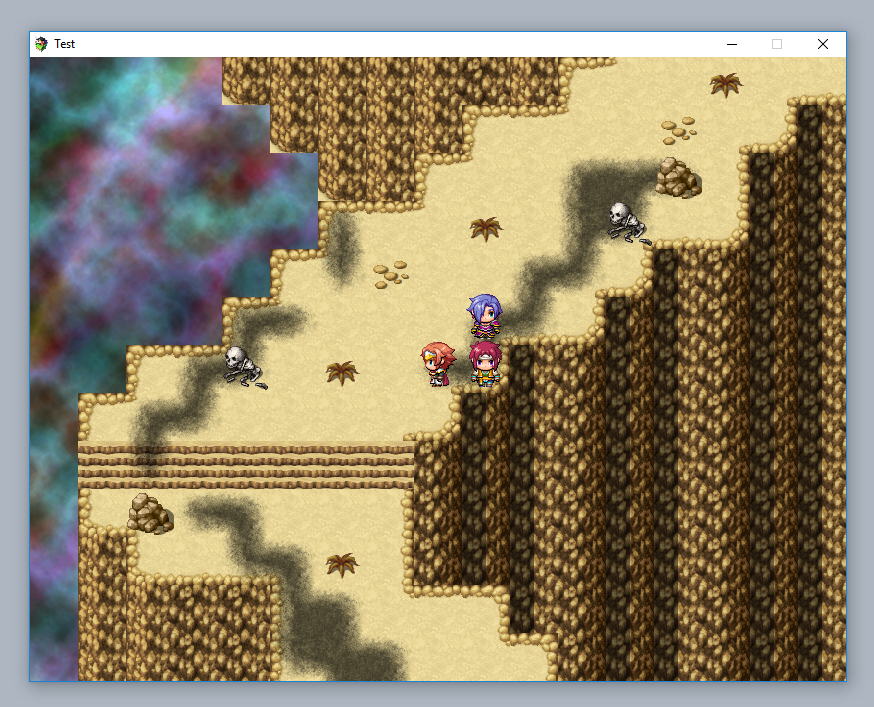