Adds an Active Defense that forces the Player to charge up before dodging an attack.

This plugin adds a new system in side-view battles which allows Players to
have the Actor battler’s dodge Enemy attacks.

This system is known as The Active Defense System.

It only works in side-view battles.

During the Enemy attack, the Player must charge up before preforming
a dodge. To do so, they must hold down the OK button or hold down on the
screen. While the Player is holding down, a gauge next to the targeted
Actor will begin to fill.

The goal is the release the button/tap when the gauge is near the top.
This way, the Actor will preform the best dodge and move the farthest
distance.

However, the Actor must also dodge during the Enemy’s Skill animation.
So, as you can imagine, the Player needs to time their charge to match
up with the Enemy’s attack animation.

It is difficult, which is good for an Active Defense that will be used
throughout a game.

If you wish for a Skill to use the Active Defense System, place these
notetags within the Skill’s notebox:

In this example, the Active Defense being used is the “charge”.

Within the two notetags, you can define speicifc properties per each
Skill.

If this was within a Skill, it would make it so when the Enemy uses that
Skill the Player can make their Actor’s charge and dodge enemy attacks.

You can a list of all the properties listed under “Defaults” within
the Parameters.

The times where the Player needs to dodge are based on the animations.
By default, the Actor needs to sufficiently be in a position to dodge the
attack in the exact middle of the animation; however, you can also define
“dodge frame” using the notetag in the Animation name:

For example, if you wanted it to be the 3rd frame, you would do:

You can also set it to be multiple frames:

If the Player fails to dodge during every frame, then the Actor will
receive damage.

When using Yanfly’s Action Sequences, keep in mind that you need to use an
animation on the Actor battler to set up the dodge. Once an animation
is played, the Action’s effect can be used.

Also keep in mind that the Actor will continue to use the same results
from the dodge until a new animation is played.

Also keep in mind if multiple animations are played, the last one will be
the one that influences the results.

Here’s a list of all the global variables available to be used:

Returns the current Active Defense type.
For example, it may return ‘charge’. 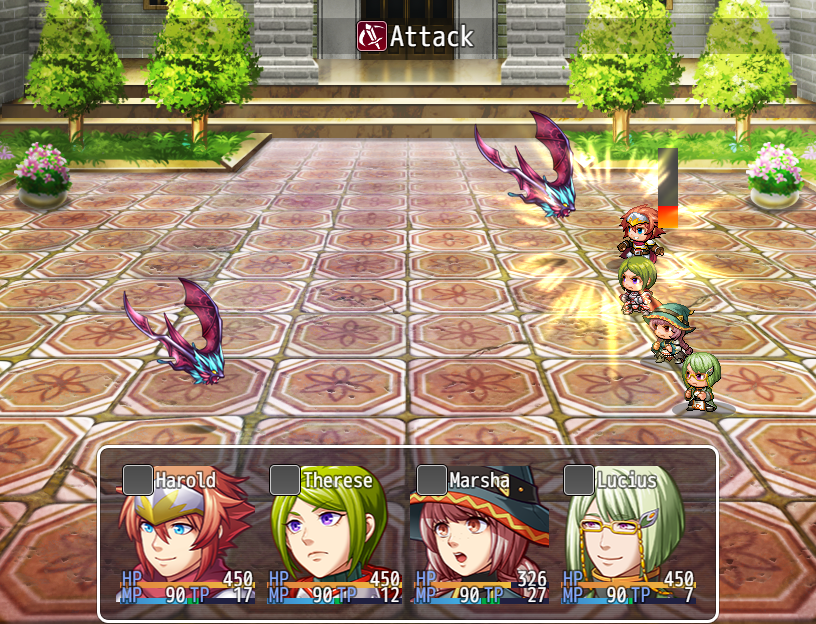