This plugin is the core of all maker-style plugins; it adds a playtest editor that can be opened with F12 while playtesting.

This plugin is the core of all maker-style plugins; it adds a playtest editor
that can be opened with F12 while playtesting. Using this editor, various
actions can be taken and different tools can be used to help test or
build one’s game.

This is where lanuchers for the various tools will appear. By default, there
are only three tools, but extension plugins will add more later.

Database EX
A tool that adds, edits, and upgrades various MV Database inputs. It can also
have custom editors added to it through extension plugins.

Menu Editor
A tool that allows developers to edit the window setups for scenes.

The functions here are to support general playtesting. They involve using
quick and simple restarts, saves, and loads.

Reload Game
Restarts the game and reloads all data. Allows developers to apply edits
to the game without closing the playtesting window.

Quick Save
Quickly saves the game so it can be loaded through “Quick Load”.

Quick Load
Quickly loads the game from the last quick save.

Quick Load + Reload
Preforms the same function as “reload game”, but loads the most recent quick
save after loading.

These allow developers to customize the design/mechanics of the playtesting
editor.

Theme
Chooses the color scheme of the editor.
“Absolute Randomness” generates random colors every time it is selected.

Follow Mode
If checked, then the playtesting editor will follow the game window on screen
based off of its position. 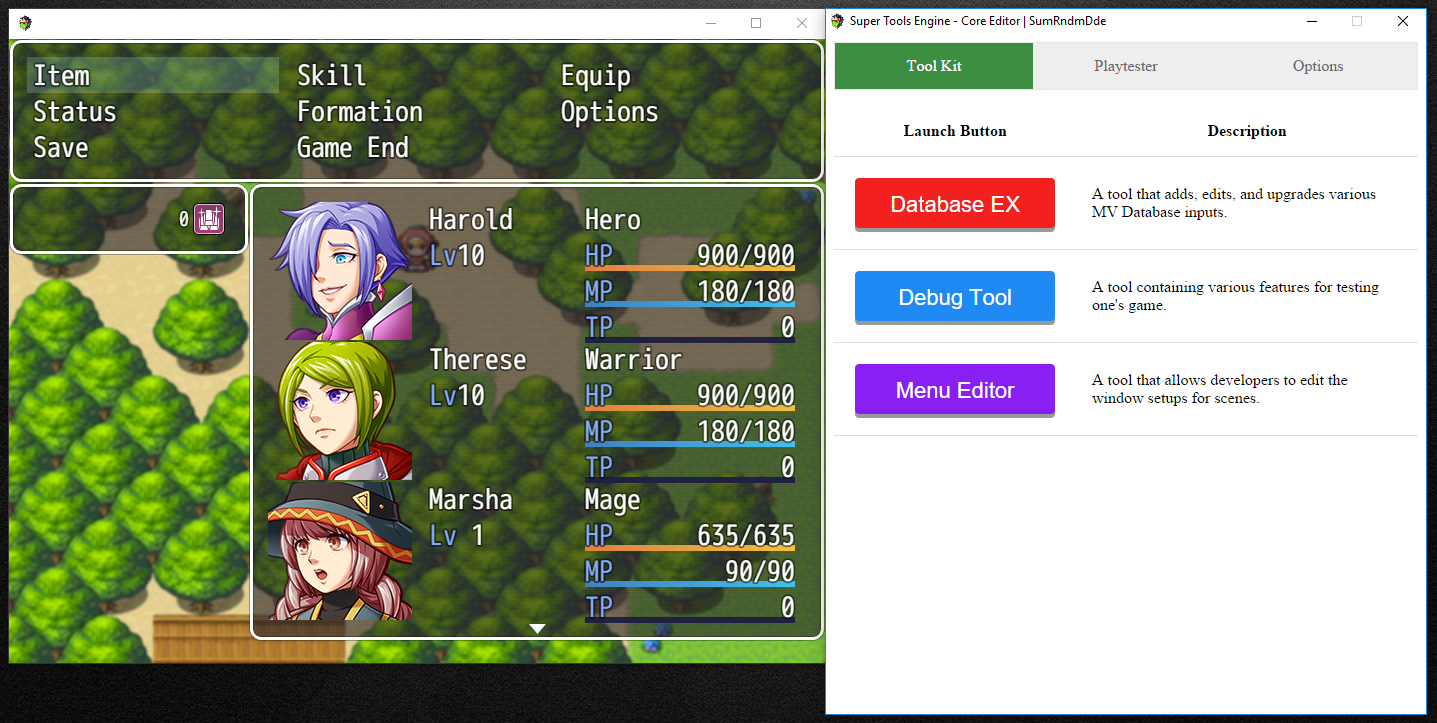